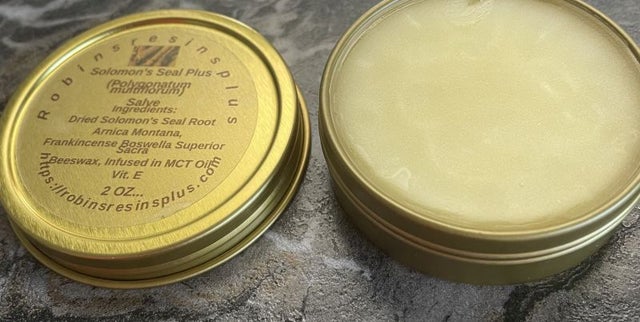 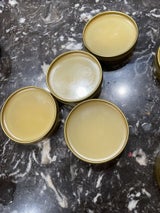 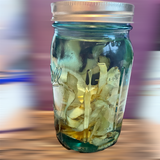 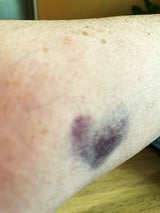 Solomon’s Seal (Polygonatum multiflorum ) or Kings Solomon is  a species of flowering plant in the family Asparagaceae, native to Europe and temperate Asia.

The leaves have a resemblance to the two inverted triangles that were the symbol or seal of King Solomon that gave rise to its common name.

It seems most of its therapeutic properties are in the root of the plant.

The Solomon’s Seal Dried Roots I infused in MCT for 3 months to pull the good stuff out.

Solomon’s Seal Solomon's seal is used for inflammation, and skin conditions such as bruises and boils on the skin and to help heal wounds.

It is also excellent for tendons, joints and ligaments

I added Arnica Montana which was infused in MCT for 30 days. which is also good for bruising, tendons and joints.

To round it out i added Frankincense Boswellia Superior sacra herbal infusion that was done in MCT for 60 days, for its beautiful smell and it is wonderful for inflammation and grounding.

I made it with organic natural beeswax to thicken it into a salve. I added Vit. E for stabilization.

The smell is a bit sweet , it smells like churned fresh butter.

I experiment on everything i make, and this helped with the shoulder pain and finger pain i was having and a huge plus I had to give blood and where she took it I received afterwards a huge bruise and it really hurt. I cannot use helichrysum because i am on blood thinners and it effects my blood levels, so i put some of this salve on it, within about half hour pain was gone and the next day it lightened it up way better. Within 2 days it was almost completely gone, by the end of the week gone. I had applied it 2 x a day till it was gone. Normally with me it could take weeks for a bruise to disappear and about a week before pain is better.

They are in 2- 4 oz screw-able gold tins. I am waiting for a new batch to be ready then there will be 4oz tins again.

Add to Cart
Disclaimer: All information is for educational purposes only. Resins are not a substitute for professional medical care and it is advised that you always consult your health practitioner.
Resins may irritate the skin so please handle with care.  Do a patch test before using any of my products to make sure you are not allergic.