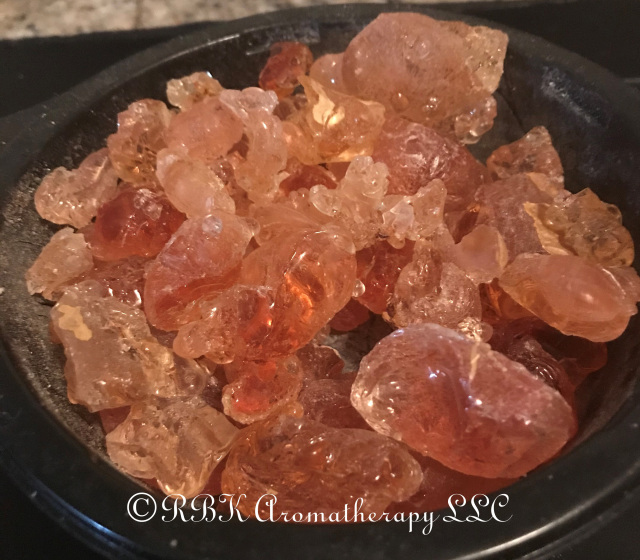 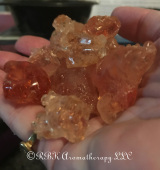 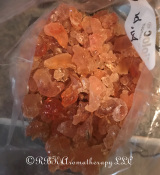 It is made of hardened sap from two species of acacia tree; Senegalia (Acacia) senegal and Vachellia (Acacia) seyal. The gum is got from wild trees throughout the Sahel from Senegal to Somalia.

Gum arabic is a complex mixture of glycoproteins and polysaccharides predominantly consisting of arabinose and galactose. It is soluble in water, edible, and used primarily in the food industry as a stabilizer, Gum arabic is a key ingredient in traditional lithography and is used in printing, paint production, glue, cosmetics, and various industrial applications, including viscosity control in inks and in textile industries, though less expensive materials compete with it for many of these roles.

Gum arabic is used in the food industry as a stabilizer, emulsifier and thickening agent in icing, fillings, soft candy, chewing gum, and other confectionery] and to bind the sweeteners and flavorings in soft drinks.  Gum arabic is used as a binder for watercolor painting because it dissolves easily in water. It is also a binder for other incense to hold it together. Just melt it and mix it with other incense to make cones.

I am told the people that live in Somali use it in water as a digestive enzyme also.

I actually put a piece in my mouth since it is edible and it tasted rather sweet. Its fragrance is very light but it actually brings out the smells of other resins when burned together.

It is absolutely beautiful just to look at. I am totally mesmerized by its colors. It has pink and orange tones to it similar to a flamingo.

My goal is to sell quality resins at an affordable price. Some of you know me as the Queen of Resins because of the knowledge I have from constantly studying these resins and the friendships I have created with those who sell and harvest these beautiful trees.

These resins are harvested by Fair Trade Standards only.

Shipping & Handling is added to the cost of your order.

1 available
Add to Cart
For those who want to purchase outside of the USA  you need to email me your: Name, Address, Phone Number (needed for declaration) and email address.  I will check the shipping charges then email you back a quote.  If agreed I will send you a PayPal invoice or Square invoice just indicate which one.  Email me at robinsresinsplus@gmail.com

Disclaimer: All information is for educational purposes only. Resins are not a substitute for professional medical care and it is advised that you always consult your health practitioner.
Resins may irritate the skin so please handle with care.